Catalan and Spanish Local Action Groups meet in the Nuria Valley in the V Leader Exchange organized by the National Rural Network, with the aim of marking a roadmap for the development of the Catalan cooperation project “ENFOCC Energy, Forest and Change Climate “led by the Leader Association Ripollès Ges Bisaura and financed by the Department of Agriculture, Livestock, Fisheries and Food.

The meeting was held on 15 and 16 March and has been attended by 15 local action groups (11 Catalan and 4 Spanish) some of them as current project partners and others as potential partners.

The objective of the ENFOCC project is to catalyze and promote the sustainability of the development model of the Catalan rural territories based on the energy transition and the fight against climate change, by defining a strategy to promote energy saving and efficiency, on renewable energies based on endogenous sources, and in the creation and implementation of mitigation and adaptation plans to Climate Change.

The first day of the exchange, march 15, was held in the Valley of Núria where there were presented the “Energy Transition of the XXI Century” by Ramon Sans, and the current state of the ENFOCC project. Moreover, a dynamic workshop was conducted on the axes of the project, plus a visit to the geothermal facilities of the mountain station. From this meeting, the project will pass from a Catalan to interterritorial dimension (with the participation of Groups of Navarra, Andalusia, Aragon and Menorca).

The second day, 16 march, was held in Vallfogona del Ripollès around the “Smart Grids” project with various presentations, “Opportunities of the confluence of energy and telecommunications in the rural world” by Mr. Pep Salas, and “Pilot study for the valorization of Rural Smart projects” by Mrs. Anna Luis and Mr. Joaquim Corominas. There was also a presentation on “Rural Smart Grids Experiences: Intelligent Electric Distribution Network Project in the Rural World” by Mr. Santi Martínez, CEO of Estabanell Energía, who afterwards conducted a technical visit to the facilities “Pilot test of Smart Rural Grids” that has been carried out in the same population.

The closing of the day of exchange has been in the Aula d’Hosteleria del Ripollès where a tasting meal has been made with products of proximity. 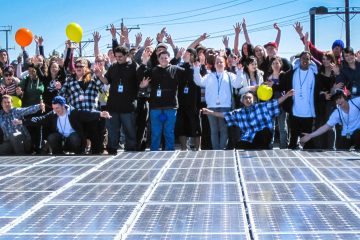 We use our own and third-party cookies for analytical purposes. More information

We use our own and third-party cookies for analytical purposes and to show you personalized advertising through a profile drawn up from your browsing habits (for example, pages visited).

Strictly Necessary Cookie should be enabled at all times so that we can save your preferences for cookie settings.

If you disable this cookie, we will not be able to save your preferences. This means that every time you visit this website you will need to enable or disable cookies again.

We use our own and third-party cookies for analytical purposes and to show you personalized advertising through a profile drawn up from your browsing habits (for example, pages visited).

Please enable Strictly Necessary Cookies first so that we can save your preferences!